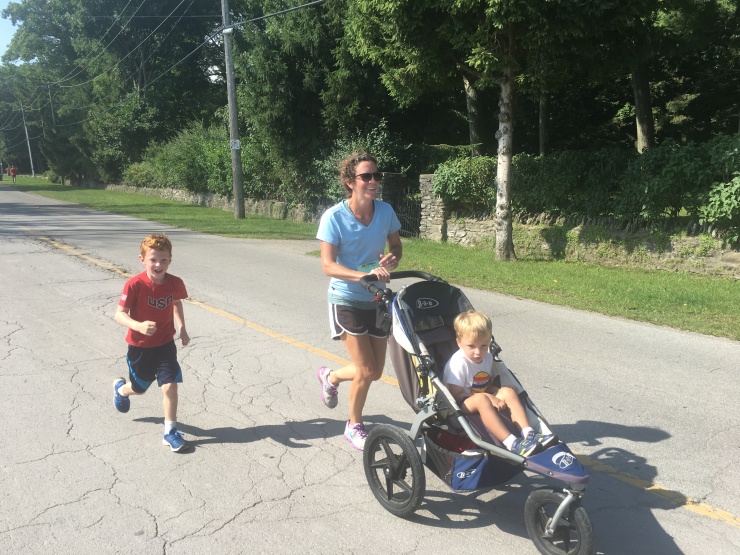 You need a crew. Maybe not an actual, Ultraman-like support vehicle following you in your local Turkey Trot. But a group, or person, to help you continue to give a rat’s fanny about your goal. Whatever that goal is.

Pictured, above, is my awesome sister and two of my rockstar nephews. The two in this picture will blossom into fast runners. They have no choice. Their dad is a six-time Division I conference champion in track and cross-country and a 2:21 marathoner. Their mom rowed for a Division I collegiate powerhouse crew team. Even if these fellas never lace ’em up with a bib pinned to their vest, their genes will prevent them from ever failing to hawk down the school bus. Challenge them to a “sit still” contest; do not attempt to beat them in a race.

Regarding your running or other fitness goals, however, good support beats good genes every time. Our family happens to be littered with running-nutter hobbyjoggers. This means we show up for each other. Always. Sometimes it’s on the side of the road with a sign. Sometimes it’s at a track or xc meet. Occasionally, it’s just a text that says: “Wow, that sucked. I love you. ;)”

It’s very hard to quit when you surround yourself with this type of support. Who wants to let her crew down? And here’s a pro tip – make it fun for your crew to be with you as you pursue your goal. Include your partner or the kids. If you must hit the track for some intervals, bring ’em.

It’s a blast taking the fam to out-town-races as long as there is something for everyone to do. When choosing a race to run, look for something with a kids event. If the Littles can’t officially compete, get creative with some paper and pins…. 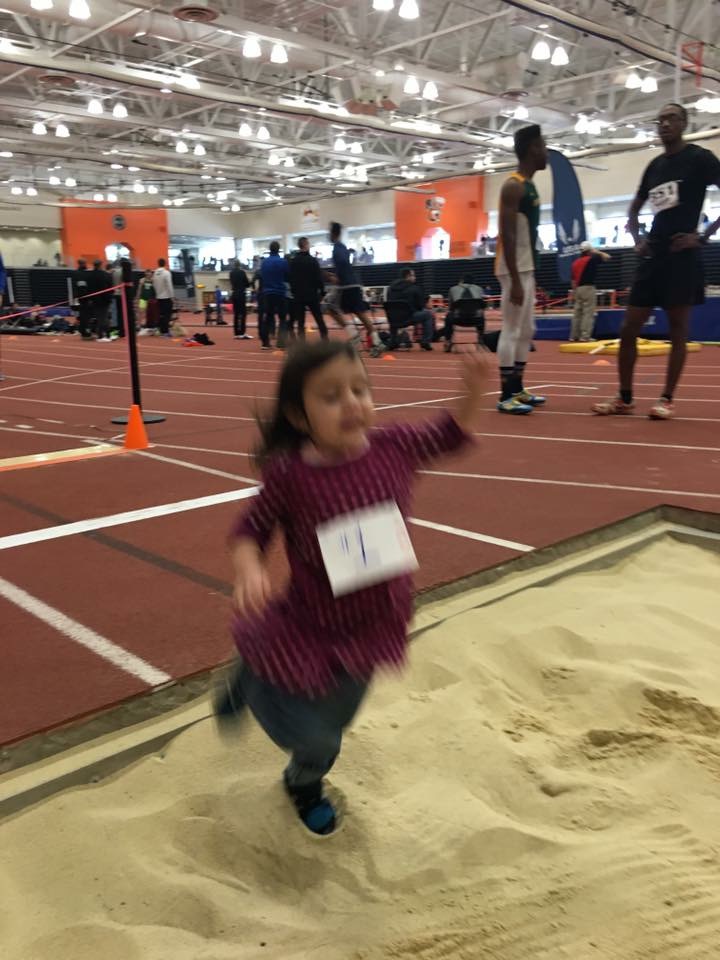 The point is, it’s easy to include everyone on your journey. Just be a little mindful of your peeps. Don’t obsess about yourself. Include your loved ones. And thank them for caring about you. Bingo-presto, you have a super crew.

And who knows? You may end up inspiring them. My long run this week was an unmitigated disaster. I felt like dog meat in the first 10 minutes. And then it got worse. But I gutted out the two hour slog with the quiet assistance of my (slightly worried) wife on her bike. She knew I was suffering. She didn’t say much during the run or afterwards. A couple of days later, she shared a story in which she was struggling with a difficult task. She told me she that she was frustrated and wanted to bail on her project. She said she was just about to quit when she remembered my long run that weekend. “I decided to channel my ‘inner Kevin’, put my head down, and power through. I did, and I immediately felt great about it.” That, my readers, is pretty much the highest compliment any schlub hobbyjogger husband can receive.

I’m going to rip my next long run….

Twelve 400s at threshold with 100 meter jog recovery; a tempo/”race” 5K in my neighborhood; some doubles; and an ugly long run for a total of 75 miles. Tired, but happy.

Thanks for checking in.